Diseases of the mammary glands - treatment in Russia (31 hospitals, prices 2023, photos and addresses of clinics, etc.)
Skip to content

Diseases of the mammary glands - treatment in Russia

Like no other organ, the mammary glands are influenced by all the processes occurring in the female body: the menstrual cycle, pregnancy, lactation, menopause – the breast reacts to all this with its anatomical and physiological changes.

Despite the fact that most of a woman’s life, the mammary glands are “at rest”, but as a hormone-dependent organ, they undergo complex changes due to the physiology of the female body. And the occurrence of most breast diseases is associated precisely with hormonal imbalances.

So, with endocrine disorders in the mammary gland, benign formations can occur – mastopathy, cyst and breast fibroma. Their development is often associated with abortion, as well as inflammatory diseases of the organs of the female reproductive sphere, which disrupt the hormonal function of the ovaries and other endocrine glands.

Diseases of the mammary gland, leading to its inflammation – mastitis, develop, as a rule, during breastfeeding: these are lactostasis and nipple cracks.

Of particular concern to mammologists-oncologists is the increase in the number of malignant tumors (breast cancer). Injuries and inflammatory diseases of the breast, abortions, genital infections, late (after 35 years) first pregnancy and childbirth, endocrine disorders, bad habits, ecology and heredity predispose to their development.

An important role in the prevention of breast diseases is played by the timely treatment of genital pathology, adherence to personal hygiene and the rules of breastfeeding, self-control, regular visits to specialists: a gynecologist and a mammologist.

Each woman should carefully examine the mammary glands herself every month on the 6-12th day of the menstrual cycle. When the first alarming symptoms are found, it is urgent to consult a mammologist.

One or another mammological disease may be indicated by the appearance of at least one of the complaints in a woman: induration, soreness in the breast, the appearance of nipple discharge, changes in the skin on the breast and in the nipple area, a change in the shape of the gland, an increase in lymph nodes in the axillary zones.

After 35 years, women need to undergo an ultrasound of the mammary glands once a year, and after 40 – mammography once every 2 years. You should visit a mammologist if you are planning a pregnancy or taking oral contraceptives.

Today, most of the timely detected breast diseases are successfully treated conservatively. Surgical treatment of mammological pathology is aimed at the most careful preservation of the organ and its function.

Here you can find information about Russian hospitals that treat Diseases of the mammary glands. 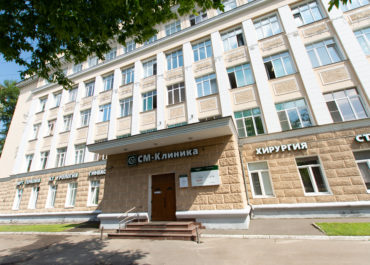 SM-Clinic VDNKh
Moscow
SM-Clinic is a multidisciplinary medical holding begins its history from 2002. At the present moment SM-Clinic is a chain with 24 clinics in Moscow and Moscow region, Saint Petersburg and Ryazan. SM-Clinic on Yaroslavskaya street is one of the biggest medical centers of the holding. The clinic currently employs 145 doctors, including 33 candidates of medical science, 4 doctors of medicine, 2 prof
Translator
Read more

SM-Clinic (Raskovoy)
Moscow
SM Clinic Reproductive Health Center is a specialized at correction and restoration of male and female fertility. The clinic offers a comprehensive array of infertility evaluation and treatment, including the use of assisted reproductive technologies (IVF).
Visa assistance
Translator
Read more

SM-Clinic (Senezhskaya)
Moscow
SM-Clinic on Senezhskaya street is one of the biggest clinics for adults. More than 150 doctors in 40 medical specialties are working here. The clinic provides patients with conservative and operative treatment.
Visa assistance
Translator 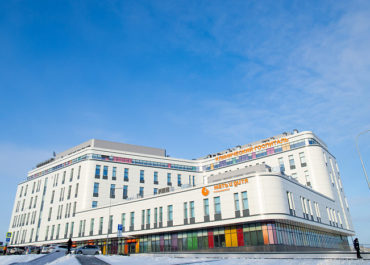 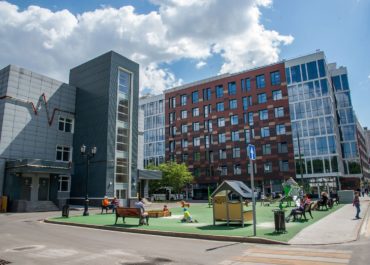 Morozovskaya Children's City Clinical Hospital
Moscow
The largest children's hospital in Russia and Europe. More than a third of the total number of hospitalized children in Moscow falls on the Morozovskaya hospital. Located on nine hectares in the historical center of the capital, it resembles a small town in its spirit. It is a multidisciplinary (31 profiles) clinical hospital and has 48 departments, including 34 clinical ones.
Visa assistance

Get in Touch with Us

Our specialists are available 24/7 by WhatsApp, Viber and Telegram.

Also you can send your request by filling out form below.