Genetic diseases are a large group of human diseases caused by pathological changes in the genetic apparatus. Currently, more than 6 thousand syndromes with a hereditary mechanism of transmission are known, and their overall frequency in the population ranges from 0.2 to 4%. Some genetic diseases have a certain ethnic and geographical prevalence, others are found with the same frequency throughout the world. The study of hereditary diseases is mainly within the competence of medical genetics, however, almost any medical specialist can encounter such a pathology: pediatricians, neurologists, endocrinologists, hematologists, therapists, etc.

Hereditary diseases should be distinguished from congenital and family pathology. Congenital diseases can be caused not only by genetic, but also by unfavorable exogenous factors affecting the developing fetus (chemical and medicinal compounds, ionizing radiation, intrauterine infections, etc.). However, not all hereditary diseases appear immediately after birth: for example, signs of Huntington’s chorea usually first manifest themselves over the age of 40 years. The difference between hereditary and family pathology is that the latter may be associated not with genetic, but with social or professional determinants.

The occurrence of hereditary diseases is caused by mutations – sudden changes in the genetic properties of an individual, leading to the emergence of new, non-normal traits. If mutations affect individual chromosomes, changing their structure (due to loss, acquisition, variation in the position of individual sections) or their number, such diseases are classified as chromosomal. The most common chromosomal anomalies are Down’s syndrome (trisomy on chromosome 21), Edwards syndrome (trisomy on chromosome 18), Klinefelter’s syndrome (polysomy on the X chromosome in men), Shereshevsky-Turner syndrome, cat cry syndrome, etc.

Polygenic diseases are multifactorial in nature, i.e. a combination of genetic and environmental factors is important in their occurrence. These diseases are often treated as diseases with hereditary predisposition. This group includes atherosclerosis, hypertension, diabetes mellitus, peptic ulcer of the stomach and duodenum, and allergic pathology.

Hereditary diseases can manifest themselves both immediately after the birth of a child, and at different stages of life. Some of them have an unfavorable prognosis and lead to early death, others do not significantly affect the duration and even quality of life. The most severe forms of hereditary pathology of the fetus cause spontaneous abortion or are accompanied by stillbirth.

Thanks to advances in the development of medicine, about a thousand hereditary diseases today can be detected even before the birth of a child using prenatal diagnostic methods. The latter include ultrasound and biochemical screening of I (10-14 weeks) and II (16-20 weeks) trimesters, which are carried out for all pregnant women without exception. In addition, if there are additional indications, invasive procedures may be recommended: chorionic villus biopsy, amniocentesis, cordocentesis. With a reliable establishment of the fact of severe hereditary pathology, a woman is offered an artificial termination of pregnancy for medical reasons.

All newborns in the first days of their lives are also subject to examination for hereditary and congenital metabolic diseases (phenylketonuria, adrenogenital syndrome, congenital adrenal hyperplasia, galactosemia, cystic fibrosis). Other hereditary diseases that are not recognized before or immediately after the birth of a child can be detected using cytogenetic, molecular genetic, biochemical research methods.

Unfortunately, a complete cure for hereditary diseases is currently not possible. Meanwhile, in some forms of genetic pathology, a significant prolongation of life and the provision of its acceptable quality can be achieved. In the treatment of hereditary diseases, pathogenetic and symptomatic therapy is used. The pathogenetic approach to treatment involves replacement therapy (for example, with blood clotting factors in hemophilia), limiting the use of certain substrates in phenylketonuria, galactosemia, maple syrup disease, replenishing the deficiency of a missing enzyme or hormone, etc. Symptomatic therapy includes the use of a wide range of drugs, physiotherapy, rehabilitation courses (massage, exercise therapy). Many patients with genetic pathology from early childhood need correctional and developmental classes with a teacher-defectologist and speech therapist.

The possibilities of surgical treatment of hereditary diseases are reduced mainly to the elimination of severe malformations that impede the normal functioning of the body (for example, correction of congenital heart defects, cleft lip and palate, hypospadias, etc.). Gene therapy of hereditary diseases is still rather experimental in nature and is still far from being widely used in practical medicine.

The main direction in the prevention of hereditary diseases is medical genetic counseling. Experienced geneticists will consult a married couple, predict the risk of offspring with a hereditary pathology, and provide professional assistance in making a decision about childbearing.

Here you can find information about Russian hospitals that treat Genetic diseases. 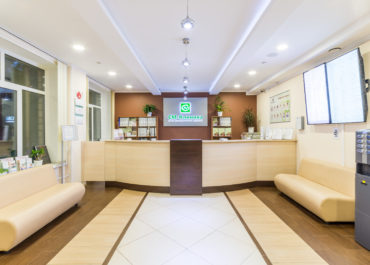 SM-Clinic (Raskovoy)
Moscow
SM Clinic Reproductive Health Center is a specialized at correction and restoration of male and female fertility. The clinic offers a comprehensive array of infertility evaluation and treatment, including the use of assisted reproductive technologies (IVF).
Visa assistance
Translator
Read more

Personal health and reproduction centre “GENESIS”
Saint Petersburg
"GENESIS" is a reproductive center specializing in fertility treatments. Our center is unique – we approach everyone, including patients with negative previous experience in treatment. Your dream may come true – you may have a baby. GENESIS offers you all types of fertility treatments including IUI with partner / donor sperm, IVF, ICSI.
Visa assistance
Translator
Transfers
Accomodation assistance 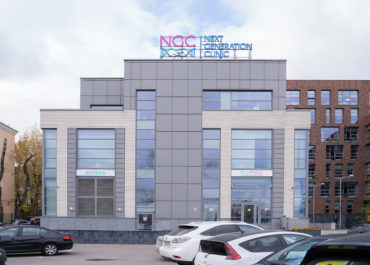 Next Generation Clinic Moscow
Moscow
Moscow Next Generation Clinic is an IVF and fertility treatment center in Moscow, Russia. Being one of the leading IVF centers in Moscow, we provide all services in the field of reproductive medicine. We carry out treatment of female and male infertility, genetics, andrology. Our donor cryobank is one of the largest in Russia (we have more than 450 oocytes donors, more than 150 sperm donors, more than 100 donor embryos).
Visa assistance
Translator
Transfers
Accomodation assistance 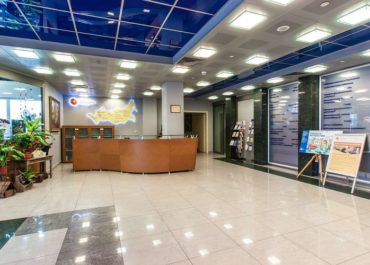 Get in Touch with Us

Our specialists are available 24/7 by WhatsApp, Viber and Telegram.

Also you can send your request by filling out form below.